Prescription opioids (also known as prescription painkillers) are a category of commonly-prescribed narcotics. Prescription opioids are typically in pill form, but can also be patches or liquids, such as codeine cough syrup. When taken as directed by a medical professional, they’re relatively safe and can be beneficial. However, there is always a risk of addiction. And that risk increases greatly with duration of use and misuse.

What is Prescription Painkiller Misuse?

Repeated misuse of prescription opioids can lead to substance use disorder (also known as addiction), and even death.

Who is at Risk For Substance Use Disorder?

People who misuse prescription painkillers have a greater risk of substance use disorder than people who take them as prescribed – but it is important to remember that the medication itself is addictive. Even someone who takes opioids as prescribed by a doctor might develop a dependence on the drug. Long-term opioid use often begins when opioids are prescribed to treat acute pain, such as broken bones and surgeries. According to the Centers for Disease Control and Prevention, in most cases opioids should be prescribed for a short period of time—typically three days is sufficient.

When someone who has become physically dependent on a prescription painkiller stops using it, they will likely experience withdrawal symptoms including restlessness, difficulty concentrating, anxiety, anger, depression, muscle or bone pain, nausea and more. Therefore, the risk of addiction should be weighed against the benefits of the medication and any concerns should be discussed with your doctor. Learn more on our Safe Acquisition page.

What Are The Dangers of Prescription Painkillers?

Remember, the risk of overdose and death increases greatly when prescription painkillers are combined with alcohol or other drugs. The combination of opioid pain relievers and benzodiazepines, anti-anxiety drugs such as alprazolam (Xanax), diazepam (Valium), clonazepam (Klonopin), and Lorazepam (Ativan), is particularly risky. In the first half of 2021, there was a 4% increase in individuals that died, where drugs were present and had more than 1 prescription drug in their system.

What Are The Signs?

Learn to recognize the potential signs of drug overdose and know the proper steps to take if you suspect someone is overdosing.

Help bring awareness to this epidemic by downloading and sharing these graphics on your social media: 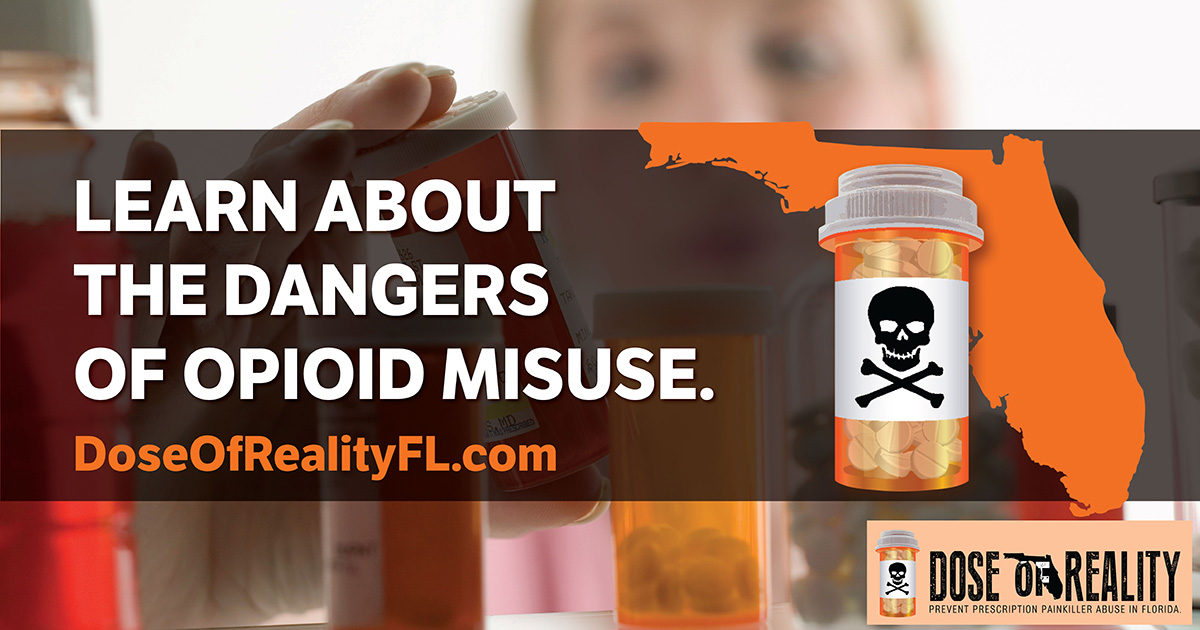 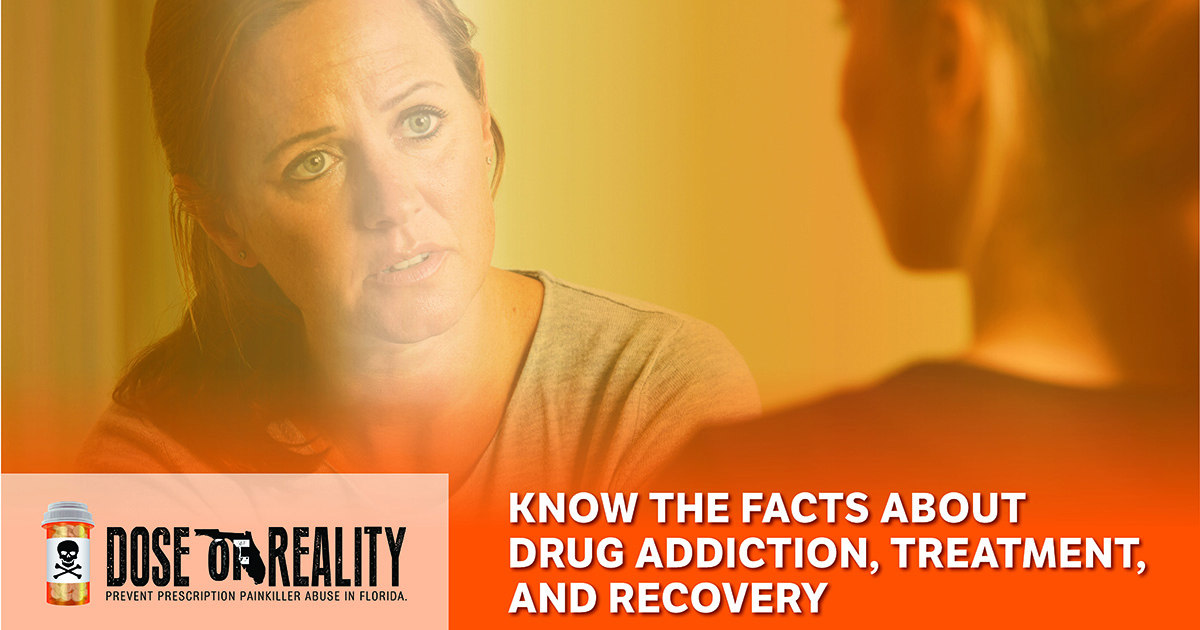 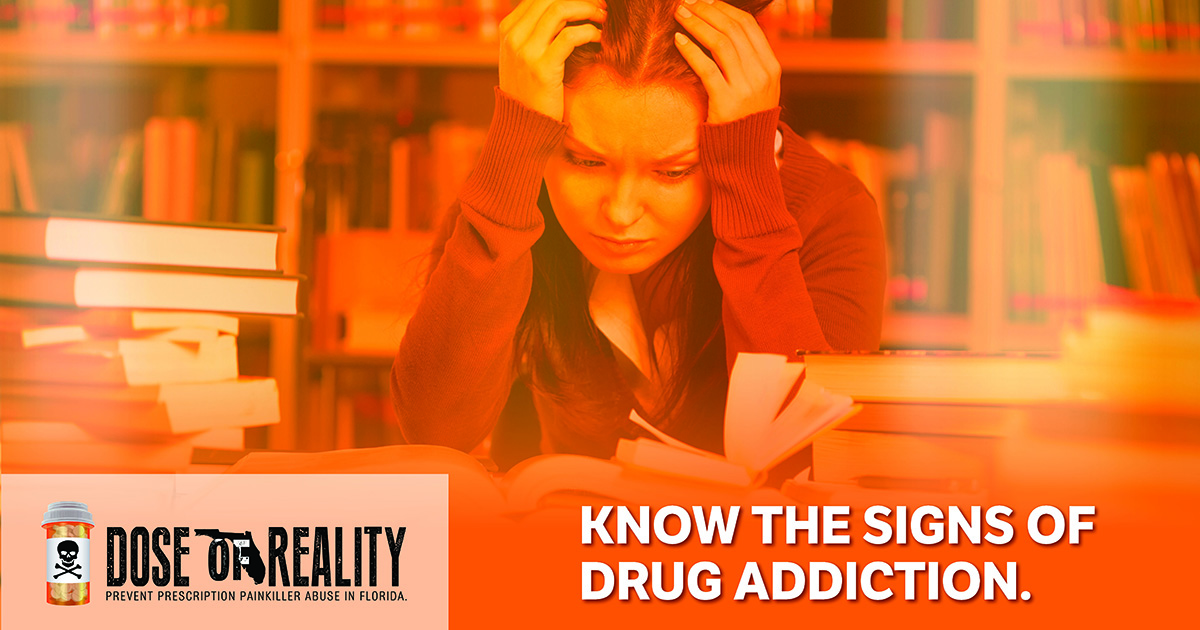 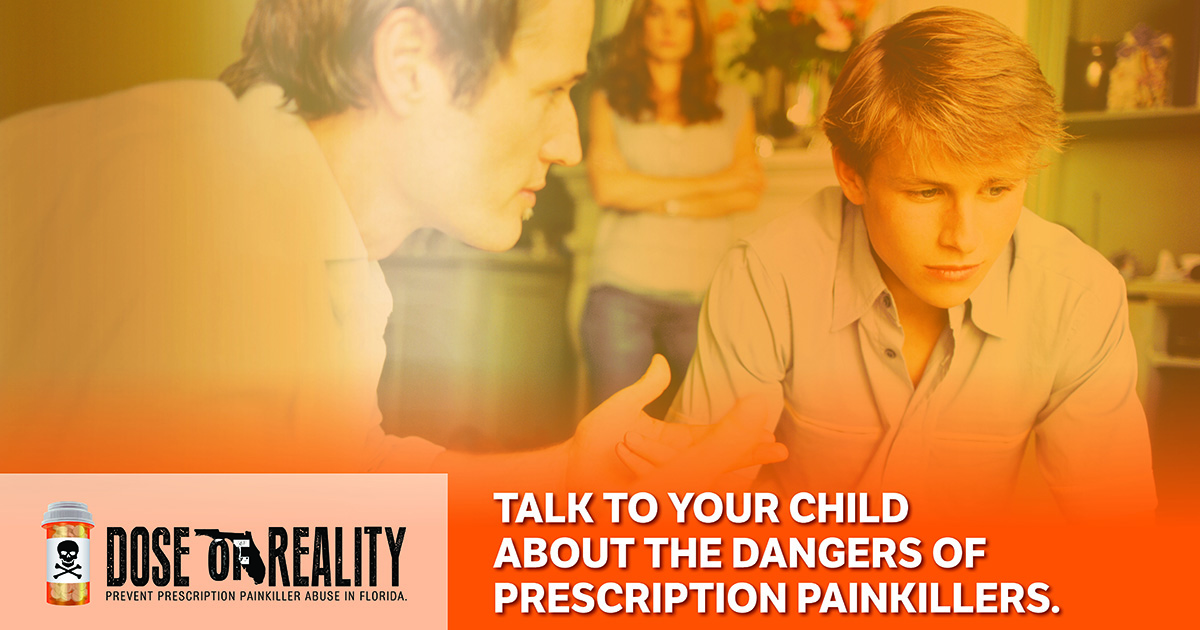 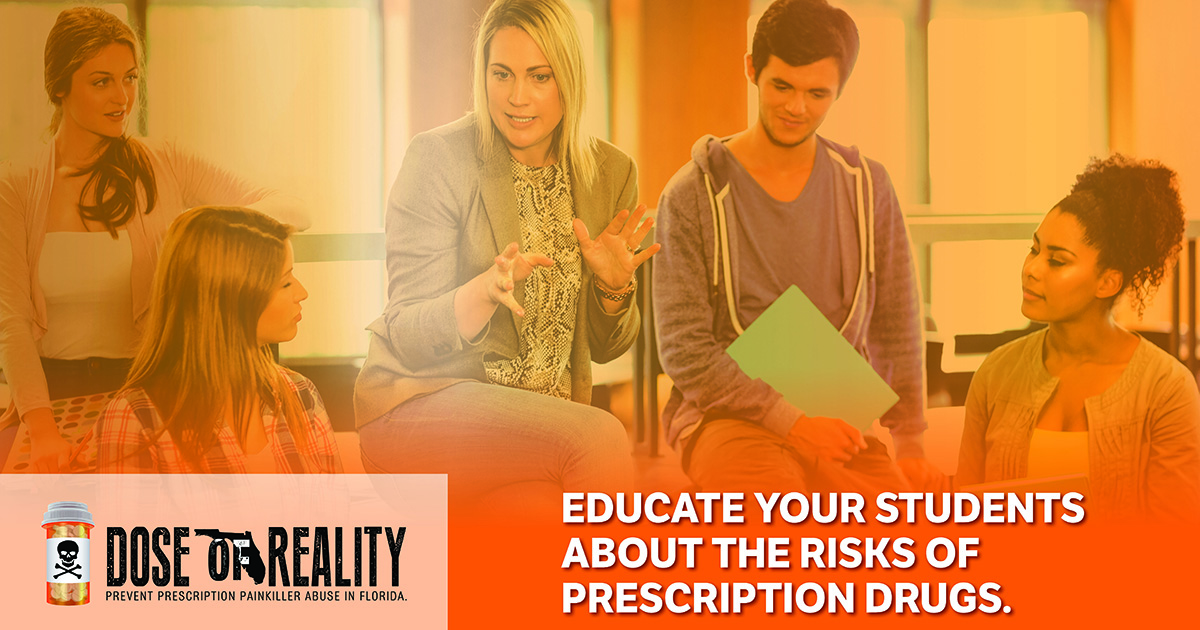 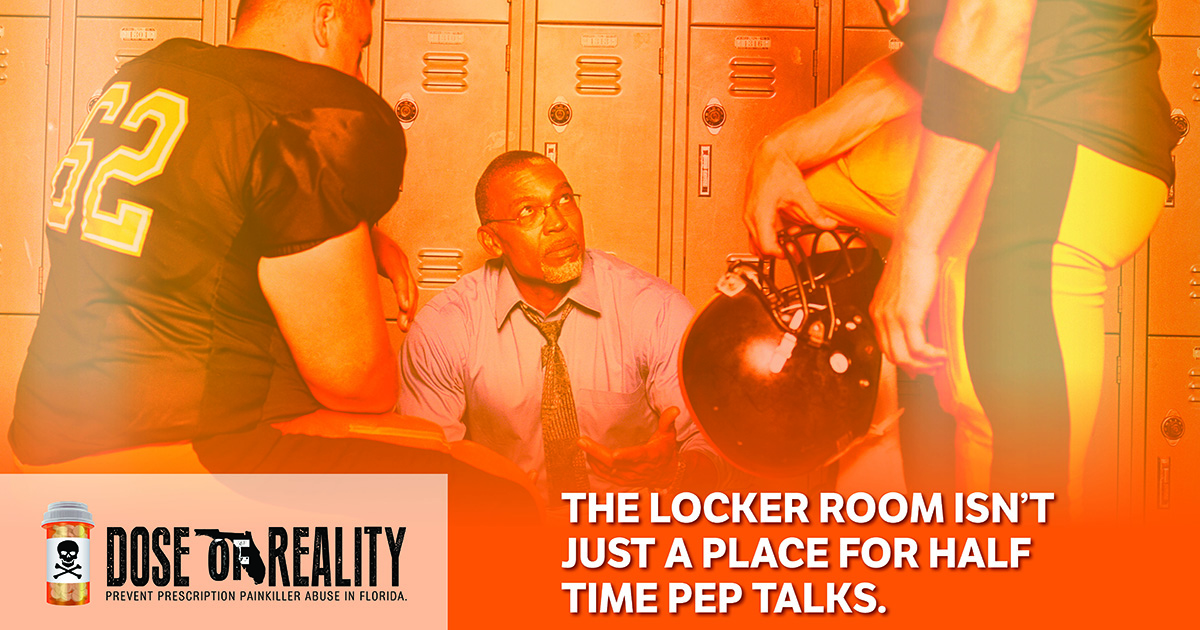 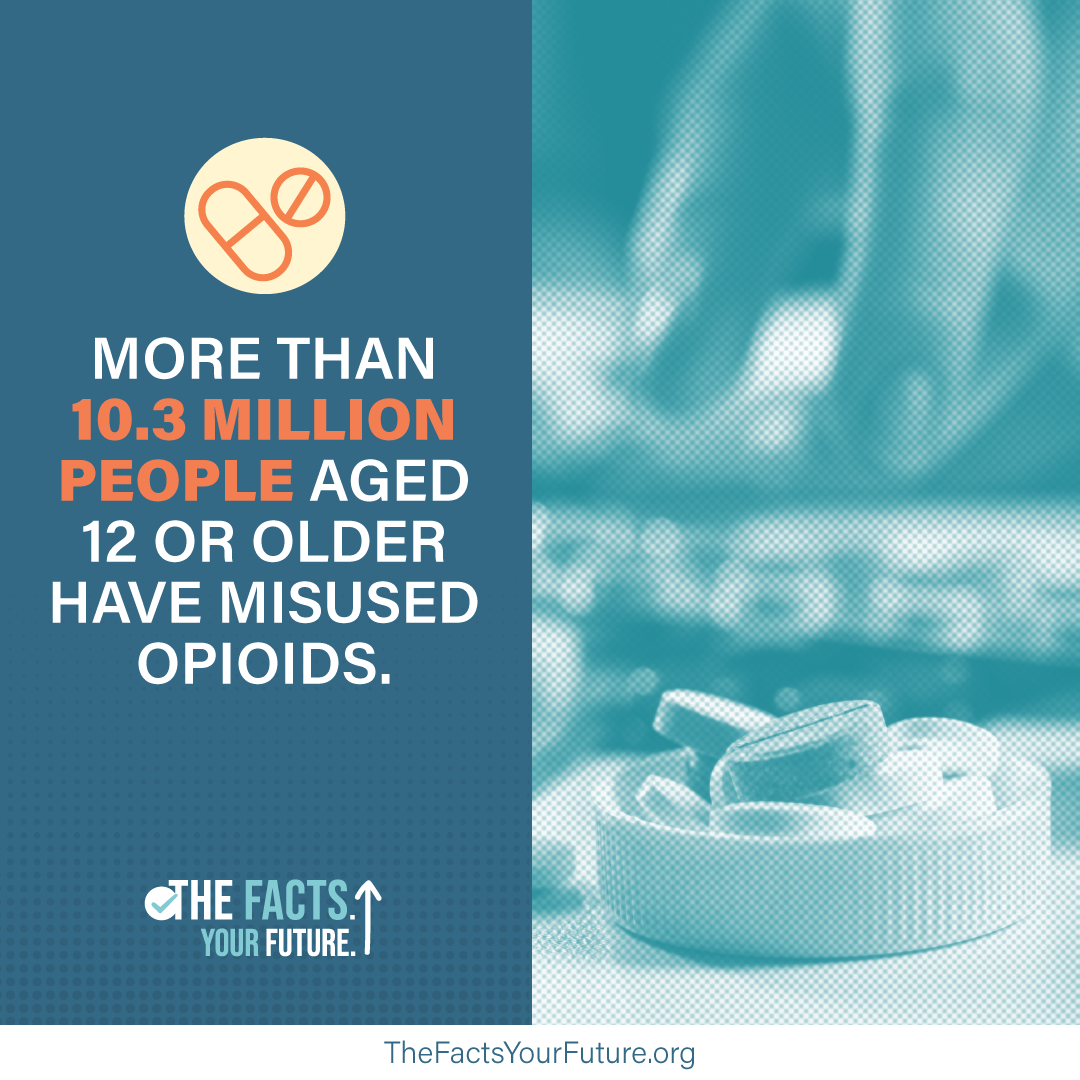 The Facts. Your Future.